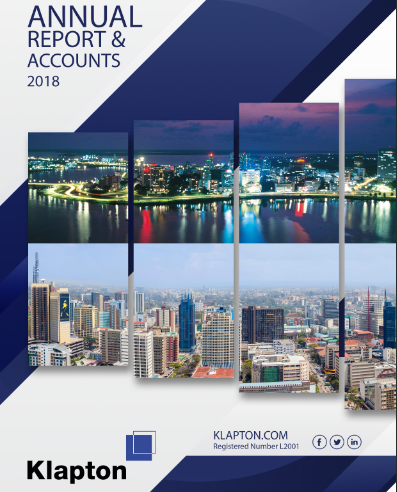 Rob Bygrave, the CFO of Klapton announced that the 2018 Financial Statements have been approved by the Board. This is after completion of the audit, signed off for the second year running with a clean audit report by SECC, a leading West African audit firm.

Mr Bygrave commented that the Financial Statements showed a 2.5% growth from 2017 in Gross Written Premiums and that this was also achieved by Klapton generating a better balance of premiums across the three core lines, being sureties, inward facultative reinsurance and reinsurance treaties. Although claims rose, this was to be expected given the premium growth in the past two years and Klapton still produced an improvement in the level of underwriting profits. Administrative expenses grew in line with forecast, largely driven by rising advisory fees and staff costs as Klapton continues to invest in enhancing its Corporate Governance by the appointment of key experienced Board Members and strengthening the Audit Committees.